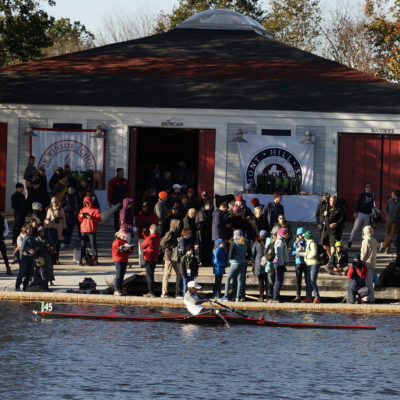 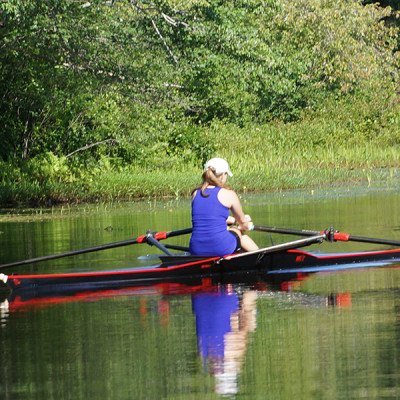 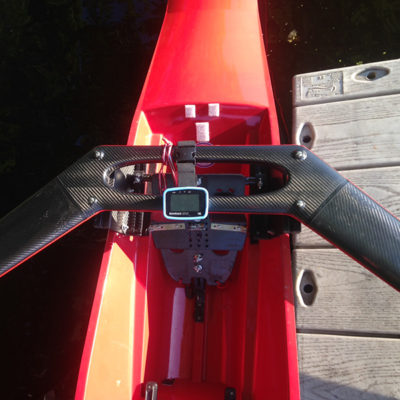 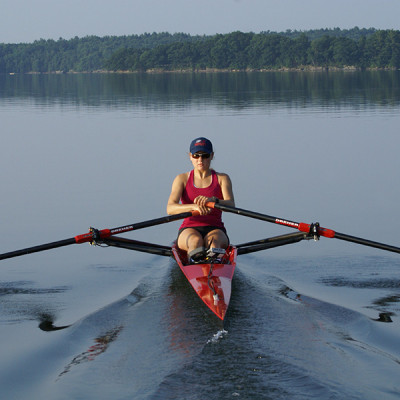 History of BBG Bootsbau Berlin Racing Shells: Although BBG can trace its origin back to Claus Engelbrecht in 1890, the company in Berlin was renamed in 1956 as an enterprise with many factories and diverse production of a variety of vessels. It was in the seventies that they built the first composite rowing shells consisting of a gray epoxy/glass fiber hull and wood framework. The top teams of the Eastern Bloc countries successfully raced these boats. Because of the racing success of DDR crews using VEB boats, the state strongly supported the development of new materials and testing of new hull shapes to a level never seen before or since in any country. At the 1976 Montreal Olympics, 9 of the 16 gold medals in rowing were won by crews using VEB boats. By reunification in 1990, over 15,000 boats had been produced at a rate of over 460 per year. By that time crews using VEB Berlin Yachtwerft boats had won over 580 medals in World Championships and Olympic competitions. Now just about every western boat builder had copied the lines and offered “VEB” hull shapes.

The company was then renamed BBG Bootsbau Berlin in 1990 and in 2015 BBG had their 25th Anniversary.  The record number of Gold Medals won by crews from all countries using genuine BBG Bootsbau Berlin hulls or copies continues to grow each year at World Championships and Olympic competitions.

BBG reorganized in early 2016 as Bootsmanufaktur Berlin GmbH with new management, but with the same Master Boat Builder and many of the same workers. We are still a components supplier to the new BBG, as well as a dealer of BBG boats, repair parts, rigging and offer an exchange service to sell refurbished BBG boats to the US market on consignment as they become available.